In response to the racist abuse of Black footballers on Twitter and Instagram etc following the Euro 2020 final members of the BCS have revisited the contentious topic of verification of social media users – not in the sense of being required to use your real name publicly on your account, but in requiring a step that links your pseudonymous account with your real name.

At first glance it perhaps seems sensible enough that a traceable link to their real self might discourage people from behaving badly, for fear of being outed. However in one notable example, currently under investigation by their employer and possibly the Police, an account using their real name (cross-matching to their LinkedIn account with employment details) was used to make racist remarks. It is not necessarily the case that true anonymity (where accounts are unlinkable to a real name) emboldens bad behaviour, perhaps it’s just that racists have felt emboldened of late.

Rory Cellan-Jones tweet on the topic has had a good crop of replies and quote tweets highlighting why people think this is probably a very bad idea, for a variety of reasons.

New – IT trade body BCS calls on social media firms to verify users' ID after racist abuse of England footballers. “IT experts think these platforms should ask people to verify their real ID behind account handles;" but says public anonymity should be preserved

The BCS is clear in its statement(1) that public anonymity should be preserved (but that there should be some behind-the-scenes way to link an account with the real person behind it).

“IT experts think these platforms should ask people to verify their real ID behind account handles; at the same time, public anonymity is important to large groups of people and so no one should have to use their real name online and any verification details behind the account must be rigorously protected.”

The intention is not to institute a Real Names policy(2) (where people use their real identity in public) which can result in harassment of individuals. As EFF notes(3) in an article on anonymity and free expression –

“There are myriad reasons why individuals may wish to use a name other than the one they were born with. They may be concerned about threats to their lives or livelihoods, or they may risk political or economic retribution. They may wish to prevent discrimination or they may use a name that’s easier to pronounce or spell in a given culture.”

“According to a poll of the IT industry carried out by BCS earlier this year – most tech experts (64%) want platforms like Twitter and Facebook to ask for real ID, making people accountable for what they post.” (emphasis added)

EFF’s post also highlights that Facebook requires people to post under a real name. However Facebook has not been immune to bad behaviour, and the policy does not appear to offer any particular protection for users. Twitter user ‘Jim’ replied with a link to a previous report suggesting that anonymity wasn’t much of a barrier against trolling behaviour.

Is there any evidence that this actually works? The only thing I can find on it (which is a decade old and from Germany) suggests not. https://t.co/t3NPLs1tIg 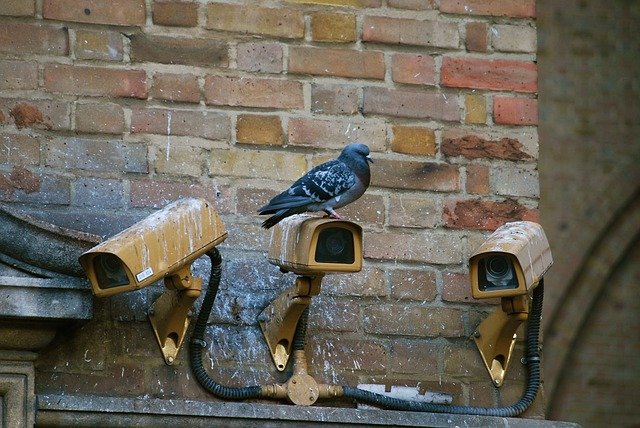 Unfortunately there’s a huge volume of people writing deeply unpleasant things on the internet and social media companies have certainly struggled to take effective and prompt action against that. Reporting mechanisms are often fairly obtuse as well. People have noticed though, the speed with which copyright infringements can be dealt with –

Rubbish. Look how quickly they take down accounts with football highlights for copyright Infringement yet with racism it's impossible. Miss me with that BS https://t.co/sQ7SA0Uuek

Tech solutions to societal problems (like politicians encouraging populist supremacy) never work. What is the evidence this is going to? Relevant IT experts with experience of the domain generally don't think it will.

If a separate database existed that linked someone’s social media ‘pseudonymous’ profile to their real name then we’d only be one hack away from that information becoming very public. Sometimes it doesn’t even take a database hack to access the data, eg where a Court orders a company to provide information about a user. For example in 2011 Twitter apparently supplied information about certain accounts to South Tyneside Council after those accounts had made allegedly libellous statements. See also the EFF report linked below which mentions a case where the true identity of Darkspilver was at risk from being made public though in the end the Court ruled for their privacy (see also the obliquely related Norwich Pharmacal order).

An opt-in system championed by ‘Campaign to Clean up the Internet‘ and others (see the BBC Sounds tweet at the end) wouldn’t solve either database hackings or court-granted access to information, but would seem to at least allow those who wanted / needed to be properly anonymous to remain so (though potentially having their words less visible if other users opted out of seeing content from anonymous accounts) –

Another consideration of course is – how anonymous is an anonymous account? There are numerous examples of people being doxxed or uncovered, often because of aggressive searching or hacking but sometimes thanks to ‘triangulation’ where they offer an unrelated piece of information that can be linked back to them. Styles of writing can also give someone away and there a few Other Examples given after the Further reading / listening section below.

(3) The Right to Anonymity is Vital to Free Expression: Now and Always (25 March 2020) Electronic Frontier Foundation

“I Know Where Your Cat Lives”
If location info isn’t switched off on photographs then it’s easy to see (quite precisely) where it was taken. This website illustrates this by mapping images of cats with where they were photographed.

Andy Baio: Think You Can Hide, Anonymous Blogger? Two Words: Google Analytics (15 November 2011) WIRED
A Google Analytics ID number links to a single account and the suffix varies for each new blog linked to the account so it’s not too hard to link a blogger with a public blog to their anonymous blog.

Dear Garry. I’ve decided to end it all: The full stop that trapped a killer (3 July 2009) Daily Mail