Here are some Easter- and Spring-linked unplugged computing ideas.

If you know something about the properties of a picture you can reconstruct the image despite storing fewer numbers! That is called image compression.

Picasso introduced the idea of collage as art. These puzzles with an Easter theme combine art, maths and computing. You follow the instructions to make a collage picture from a collection of shapes. Cut out each of the shapes provided and place them in the right position on the gird. Learn about vector graphics and cartesian (x,y) coordinates.

Origami Instructions have a lot in common with programs. Algorithms are sequences of instructions that, to work, must be followed precisely and in the right sequence. Computers follow programs. Origamists (humans) follow origami instructions. Like a programming language the notation used in origami is standardised so that any origamist can follow the instructions from a sequence of diagrams written by anyone else.

And if for you Easter is mainly about chocolate … 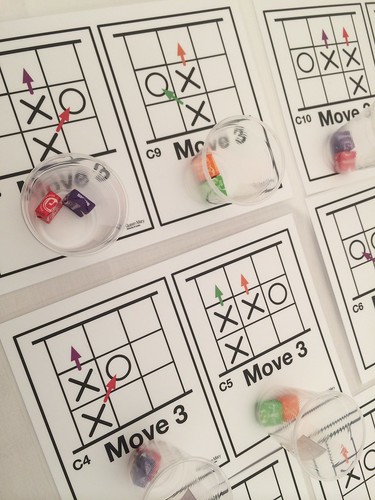 Alan Michie invented one of the earliest machine learning machines out of beads and matchboxes. Ours of course is made out of sweets. It plays a game and the more you play it the better it gets as the more data it collects the more it learns. Eventually, it is invincible.