This was originally posted as a page and the text of the audio, from CS4FN magazine, has been added here.

Hedy Lamarr was both an inventor and a movie star. Working with George Antheil her longtime piano playing friend they had an idea to help with the war. Their idea was to protect radio signals from being jammed by hopping frequencies and patented their encryption invention as a ‘secret communication system’.

Unfortunately, the system was not adopted straight away as it was too tricky to implement. However, it was later! But. Hedy and George let their patent lapse, so they did not get the credit they truly deserved.

Read more about Hedy’s frequency hopping invention on the  cs4fn website. You can also listen to an audio version of the article, called The movie star, the player piano and the torpedo written by Peter McOwan, edited by Paul Curzon and read by Jo Brodie. Click the player below or download the audio file (.m4a).

The text of the audio is below.

The movie star, the player piano and the torpedo
by Peter W. McOwan Queen Mary University of London

Hedy Lamarr was a movie star. Back in the 1940’s, in Hollywood’s Golden Age, she was considered one of the screen’s most beautiful women and appeared in several blockbusters. But Hedy was more than just good looks and acting skills. Even though many people remembered Hedy for her pithy quote “Any girl can be glamorous. All she has to do is stand still and look stupid”, at the outbreak of World War 2 she and composer George Antheil invented an encryption technique for a torpedo radio guidance system!

Their creative idea for an encryption system was based on the mechanism behind the ‘player piano’ – an automatic piano where the tune is controlled by a roll of paper with punched holes. The idea was to use what is now known as ‘frequency hopping’ to overcome the possibility of the control signal being jammed by the enemy. Normal radio communication involves the sender picking a radio frequency and then sending all communication at that frequency. Anyone who tunes in to that frequency can then listen in, but also jam it by sending their own more powerful signal at the same frequency. That’s why non-digital radio stations constantly tell you their frequency “96.2 FM” or whatever. Frequency hopping involves jumping from frequency to frequency throughout the broadcast. Then, only if sender and receiver share the secret of exactly when the jumps will be made, and to what frequencies, can the receiver pick up the broadcast or jam it. That is essentially what the piano roll could do. It stored the secret.

Though the navy didn’t actually use the method during World War II, they did use the principles during the Cuban missile crisis in the 1960’s. The idea behind the method is also used in today’s GPS, Wi-Fi, Bluetooth and mobile phone technologies, underpinning so much of the technology of today. In 2014 she was inducted into the US national inventor’s hall of fame.

History and Science: Find out about World War II and the importance of radio. What form of communication is used now in conflicts? How has science changed war? 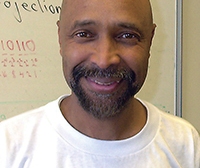